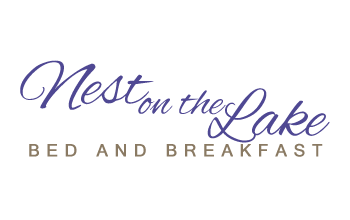 Como and ‘one of the cities’ most’ beautiful in Italy, charm and delight of residents and travelers from around the world. Arrive and enjoy the beautiful view of Lake Como from one of the gentle hills surrounding the city ‘, lets see how the resort’ has been blessed with divine nature through the centuries and millennia of its history. Como has less than 90,000 inhabitants and residents navigate through the town and its tourist attractions and ‘really simple.

The Cathedral of Como and ‘dedicated to Maria Assunta, is flanked by the Palazzo del Broletto (seems to be a continuation in practice) and with its exquisite Gothic elegance is required to dominate the urban architecture of the city’. The church was built in 1396 on the foundations of a former church dedicated to Santa Maria Maggiore then. The work of construction and ‘due to the architect of Lorenzo Zones. And still ‘grasped the sense of religious grandeur radiated from the building more’ important to the region.

Villa Olmo and ‘one of the most’ beautiful neoclassical and romantic villas of Italy. It owes its name to a tree, the great elm that the legend, was planted by Pliny the Younger, one of the most famous of the city ‘, who lived in the first century AD and distinguished himself as a writer and a Roman senator. The story attributed the building of the palace at Odescalchi Innocent, a powerful local family, the beginning ‘in 1797 commissionandola architect Simone Cantoni, designed by Innocent Regazzoni. Over time, my guest house ‘famous people: Napoleon Bonaparte in 1797, and Ugo Foscolo in 1808, followed by Prince Metternich, the marshal Radetzsky and Giuseppe Garibaldi.

Hi there!
Manage cookies.
Cookies help us remember you, personalize your experience, distribute personalized commercial offers and show you more things we think you'll like.
No, thanks
I want to choose
Fine for me!
Privacy Settings
These cookies enable us to offer you a personalized experience based on your navigation:
Back
Accept All
Confirm